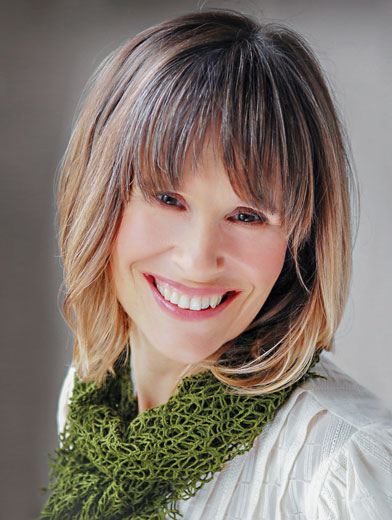 One of the things I love about methods like Feldenkrais® and NeuroMovement® is that I can make huge transformations in a person’s body with very subtle, hands-on work, whether I’m increasing the power in a runner’s performance, or restoring the ease with which an elderly person walks.Mary Lou Stanley, BHSc (PT), BA, MPE, Registered Physical Therapist, Guild Certified Feldenkrais Practitioner™, Anat Baniel Method℠ Practitioner

To book an appointment with Mary Lou, please contact our office or use the booking request form.

Mary Lou received her degree in Physical Therapy from McMaster University in 1994 and has worked in private practice since then as a Registered Physical Therapist. She has continued to pursue post-graduate training in Physical Therapy in the areas of orthopaedics, sport physiotherapy, posture and muscle balance, core stability and breathing, Feldenkrais®, and NeuroMovement®.

Mary Lou has extensive training in the Feldenkrais Method® of somatic education. She studied directly with Dr. Moshe Feldenkrais, completed the Feldenkrais Professional Training Program, and became a Guild Certified Feldenkrais Practitioner™ in 1983. Since then, she has taught the method and attended numerous advanced trainings.

“Feldenkrais was a brilliant scientist,” says Mary Lou. “His quest to improve the human condition inspired me to learn more about the brain and how we learn – and control – movement.”

Mary Lou teaches Feldenkrais classes, as well as using the method in private treatment to facilitate better posture and breathing, improve coordination and muscle balance, and relieve pain for her clients, who range from athletes and dancers, to seniors.

She continues to train in leading-edge somatic methodologies. Mary Lou was certified as an Anat Baniel Method℠ (ABM) Practitioner (NeuroMovement®) for adults in 2015, for children in 2016, for vitality & anti-aging in 2017, and for high performers in 2018. ABM builds on the methods of Dr. Feldenkrais, using the latest research in brain plasticity.

As an Anat Baniel Method for Children℠ Practitioner, Mary Lou is trained to deliver treatments that have proven effective for children with developmental disabilities and special needs, such as cerebral palsy, ADD/ADHD, stroke and brain injury.